Discover a set of Christmas illustrations I created to help promote the Christmas film programme of the Square Chapel – a local cinema and arts centre. It features film stars!

Back in September, I sat deflated, wishing I hadn’t accepted a job for a set of Christmas illustrations. It was a really cool job so I should have started it skipping and singing. But within a few hours of receiving the commission, I learned my Grandma had died.  She had been unwell for a while and she was old, but her death still was a shock.

So I had to complete a job with a tight deadline. And travel hundreds of miles to the funeral and back. And deal with the grief of losing someone close. (See my Watercolour Postcards to my Grandma post).

I could have pulled out but couldn’t stand to let a client I loved working for down. I also knew I could complete the job in good time, even if I took time off to travel.

So I started to draw.

The concept was developed by a marketing agency. The commission was for four panels of Chrismas illustrations for the Square Chapel (a local theater and cinema here in Halifax). The illustrations show Mary Poppins, The Grinch, Gizmo, The boy from ‘Home Alone’ and the family from ‘It’s a Beautiful Life’. They all stared in the seasonal films on show at the cinema. Each carried a Christmas card or a gift.

The first three illustrations featured a cutout through which you could see the next illustration panel. The drawings were printed and photographed to create a 3D effect similar to that of pop-up books.

To start with, I felt rather sorry for myself but as I began work on the project, I found drawing therapeutic. The deep concentration needed to draw turned out to be surprisingly healing.

And memories came flooded in: I had spent all of my childhood’s Christmases with my grandma. I had even watched some of the films featured in the illustrations with her at the cinema when they came out.

It was great to see the posters around town over Christmas. I also got to draw a bunch of film stars – what more could you ask for? I hope it helped spread Christmas Spirit amongst theatre and cinema goers too!

Sophie Peanut is a sketch artist and illustrator based in Halifax UK. She works in pen and watercolour. Sophie loves urban sketching, drawing people and landscapes and likes to illustrate recipes. She also teaches drawing and painting online.

This site uses Akismet to reduce spam. Learn how your comment data is processed. 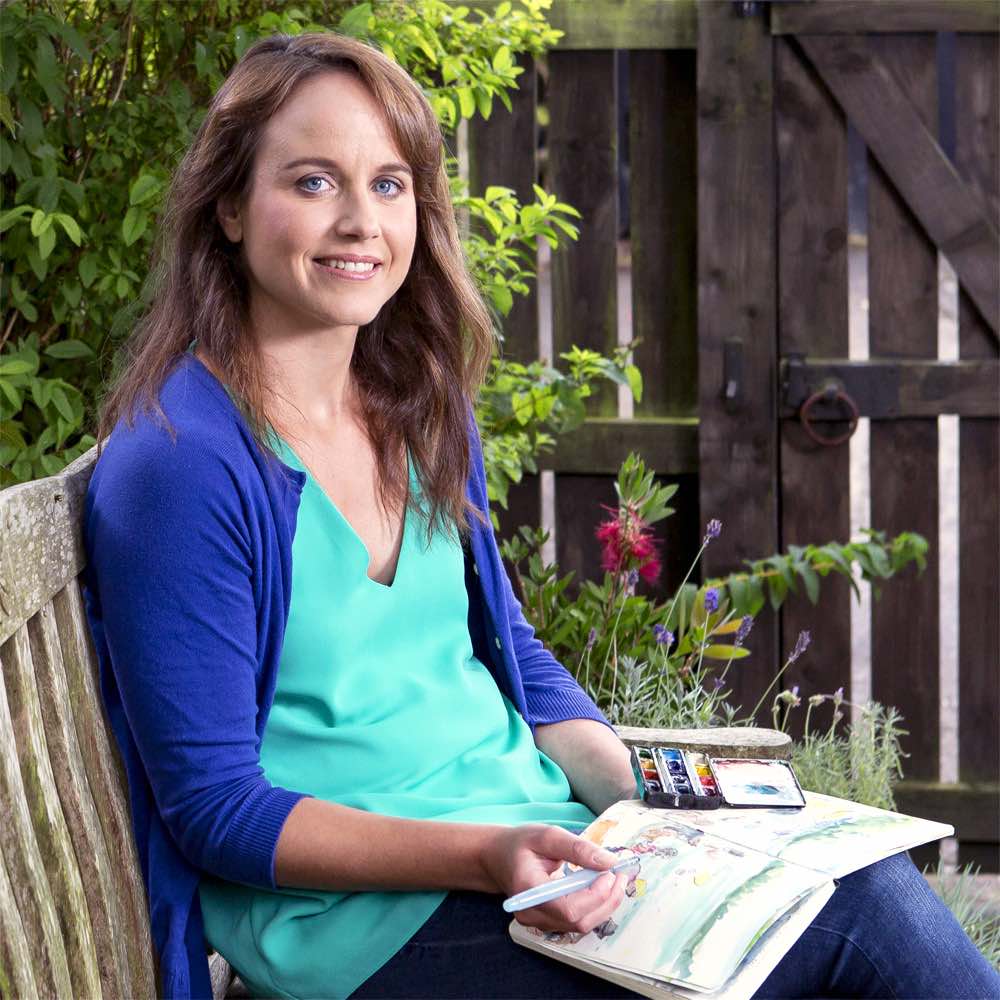 Hi, I am illustrator based in Halifax (UK). I draw and paint in a variety of media. I like to sketch the world around me and tell stories through pictures.